What is Structured Programming?

Structured Programming in software engineering is as a method to break down a problem into small levels of hierarchical problem structures. It highlights that a program structure must be attained through a constant stepwise improvement. In structured programming, it is generally recommended to avoid GO TO statements, and use nested looping constructs like while loop statements instead. It was Edsger W. Dijkstra who identified the importance of structured programming in 1965. And later on, Bohm and Jacopini, in 1966, demonstrated that any program can be divided into three major control structures which are Sequence, Selection and Iteration.

The main guidelines followed in structured programming while improving the program structures is to identify the major functions early. Secondly, at every stage of the improvement process one must analyse to know all the consequences of decisions taken. Thirdly, be flexible enough to make changes to an initial decision when encountered with an unexpected problem. These small revisions will attribute towards overall improvement of the structure. Lastly, when new data items are discovered during the refinement process, it must be tracked and refined with a new meaning when it must be used. 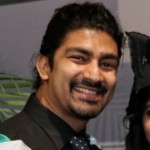