Bitcoin backs away from $10,000 after Buffett, Gates criticism

Bitcoin the digital currency (a.k.a crypto-currency) prices dropped Monday following criticism from some of the investment world’s best-known billionaire.

The cryptocurrency hit a low of $9,188.66 Monday after climbing above $9,900 over the weekend, according to CoinDesk. Bitcoin has recovered roughly 40 percent from the lows around $6,700 last month but has been unable to break the $10,000 level.

Berkshire Hathaway Chairman and CEO Warren Buffett piled on his recent bitcoin criticism Monday and told CNBC the “asset itself is creating nothing.”
“When you’re buying nonproductive assets, all you’re counting on is the next person is going to pay you more because they’re even more excited about another next person coming along,” he said on CNBC’s “Squawk Box” from Omaha, following Berkshire’s annual shareholder meeting.
Over the weekend, Buffett had called bitcoin “probably rat poison squared,” while Berkshire Chairman Charlie Munger said during the annual meeting that trading in cryptocurrencies is “just dementia.”

Microsoft Co-founder Bill Gates told CNBC in the same interview Monday that he would bet against bitcoin if he could.
“As an asset class, you’re not producing anything and so you shouldn’t expect it to go up. It’s kind of a pure ‘greater fool theory’ type of investment,” Gates said. “I would short it if there was an easy way to do it.”
Speculation that the U.S. Securities and Exchange Commission and Commodity Futures Trading Commission are meeting Monday could also be having a negative pull on prices.
“I think that Buffett and Gates comments could be having an effect but I think the bigger factor at play today is regulatory,” said Spencer Bogart, partner at Blockchain Capital. “Some market participants are concerned the SEC will issue negative commentary coming out of a hearing on Monday.”
The Wall Street Journal reported last week that a group of regulators including senior SEC and CFTC officials are scheduled to discuss whether securities laws should apply to cryptocurrencies including ether, the second-largest cryptocurrency.
“While Bitcoin is not under direct scrutiny, the ramifications of this meeting could affect the entire global crypto market,” said Joe DiPasquale, CEO of BitBull Capital. “The hesitation we are seeing right now could easily be broken and lead to a fresh rally, should a favorable tone be set by officials in attendance.”
Other cryptocurrencies were also trading lower Monday. Ether fell roughly 7 percent, trading near $731 as of 12:40 pm ET, according to CoinDesk. Ripple and litecoin both fell roughly 5 percent.

What are the Top 5 Android P Features 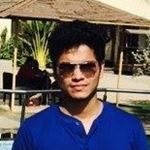